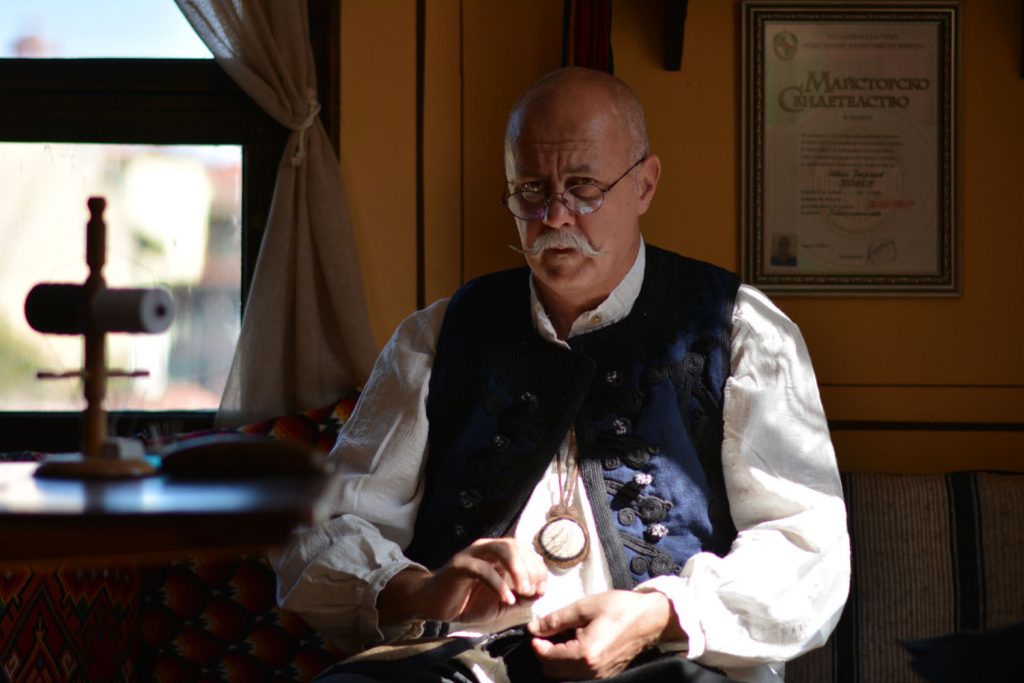 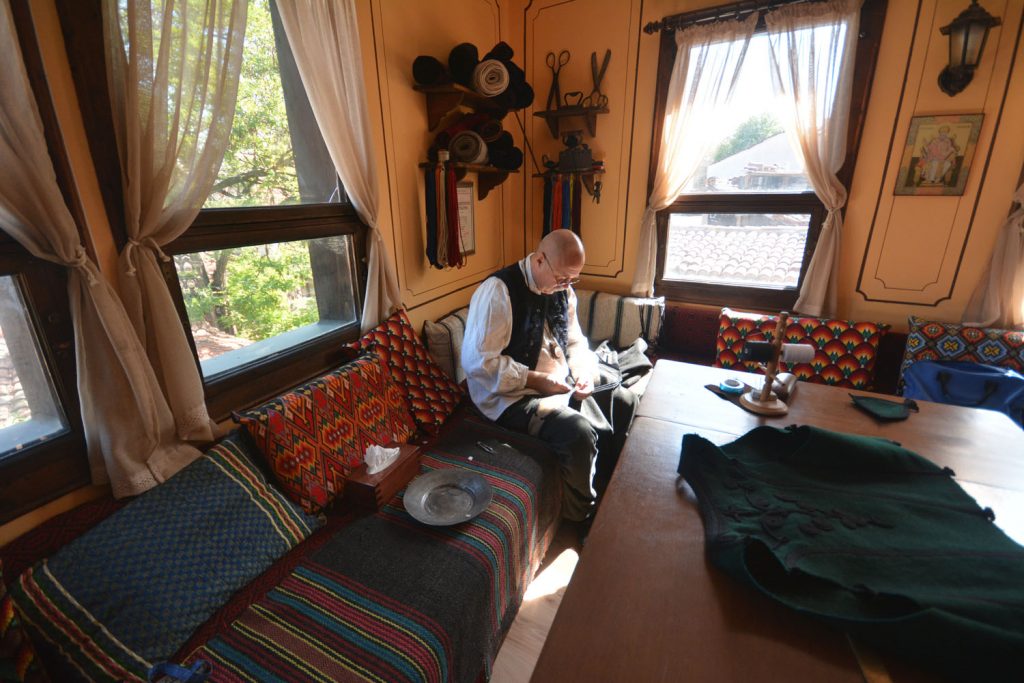 In Old town of Plovdiv we are looking for artisans. The weather is nice and the shops are open on Crafts’ Street. We have heard of a tertiary – a hand made costumes’ master, who in 2019 won the “Guardian of Traditions” award.
We knock on the door and he opens. Ivan Tonev – The Hunchback has a characteristic broadcast. His studio is located in a beautiful old house, with a nice yard with grapes and stone slabs. It’s cozy, it can’t be said to be messy, it’s rather tidy. The Hunchback recounts how he set about sewing costumes by hand. In the beginning it was like a hobby, he had just retired as a criminal inspector and was wondering what time to spare. He then joined a historical restoration club and ordered an old costume he bought from an antique shop. He was not particularly pleased with the result – the braids were sewn with a machine and he decided to try sewing them himself by hand.
It took him nearly seven years to obtain a master’s certificate. He obtained a Gaitanjian document because there is no tertiary character in the craft classifier. At present, he is the only one in Bulgaria that sews Renaissance costumes with shayak and braid entirely by hand. He said that there was a serious problem with the changes in the Crafts Act, because of which after 2011 some of the activities were no longer handicrafts. And they are interconnected to produce the final product. This creates additional financial difficulties for the masters.
Nowadays one can hardly support himself as a craftsman. The Hunchback also works as a financier for an insurance company, but most of his time is spent making traditional costumes. Usually there are orders for a few months in advance and he can’t do it alone. Because of this, he looks for apprentices, but they are not easy to be found. He tells us that in 2020, one of the most anticipated events for him is the release of the movie “Troubled Times” on the big screen. This is a production of the Haiduti Association, where he is a member and is currently a flagman of the squad. In the film are used entirely authentic costumes, which only differ in size, because two centuries ago, men were generally smaller and in better shape, and the costumes were sewn a little bit faster. The activities of the Haiduti Association also include meetings with students in the class, in which they tell about the life and work of the haiduts and show old costumes and weapons, as well as present short educational films made especially for this purpose.